The Project: Each Patrol is divided into two-man teams. One team will assemble the trestle and the other team the side braces.
Notes on Trestle :Assembly Be sure that each patrol follows the diagram carefully. Make sure that all lashings are tight. Wrap working end around a sturdy stick and pull each lashing tight. Lash the diagonal braces high enough on the legs so as not to interfere with the function of the thrower.

Notes on Side Braces Follow the diagram carefully. Be sure to square lash butt ends. Be sure to frap square lashing to facilitate twists of spars.
Set Up Raise the trestle when ready. Transom and ledger should be parallel to the ground. One team should now lash the side braces to the trestle while the other begins assembly of the thrower.

Notes on the Thrower Follow the diagram carefully. Note which spars are lashed to the top side and underside of the arms.

Critical Note: Before lashing cross pieces on the thrower arms place pivot crosspiece into position on trestle assembly. MARK THE PIVOT CROSSPIECE SO THERE WILL BE ONE INCH OF CLEARANCE BETWEEN THE THROWER ARM AND THE TRESTLE LEG ON EACH SIDE. There must be enough clearance so that the thrower arms do not hang up between the trestle legs. A one-inch clearance is absolute minimum.

After the cross pieces have been lashed to the thrower arms one team can prepare the basket while the other lashes the
counterbalance into position.

Notes on the Basket If the Basket is too deep, the object being thrown will remain in the basket. If it is too shallow the object will roll off.

After the thrower assembly is finished, raise it into position on the trestle assembly according to the diagram.

Rigging: One team should now loose-lash the pivot cross piece into position while the other attaches the two pulleys, shown on the diagram, to the ledger. Two lines are now run from the counterbalance through the pulleys to the rear of the catapult. 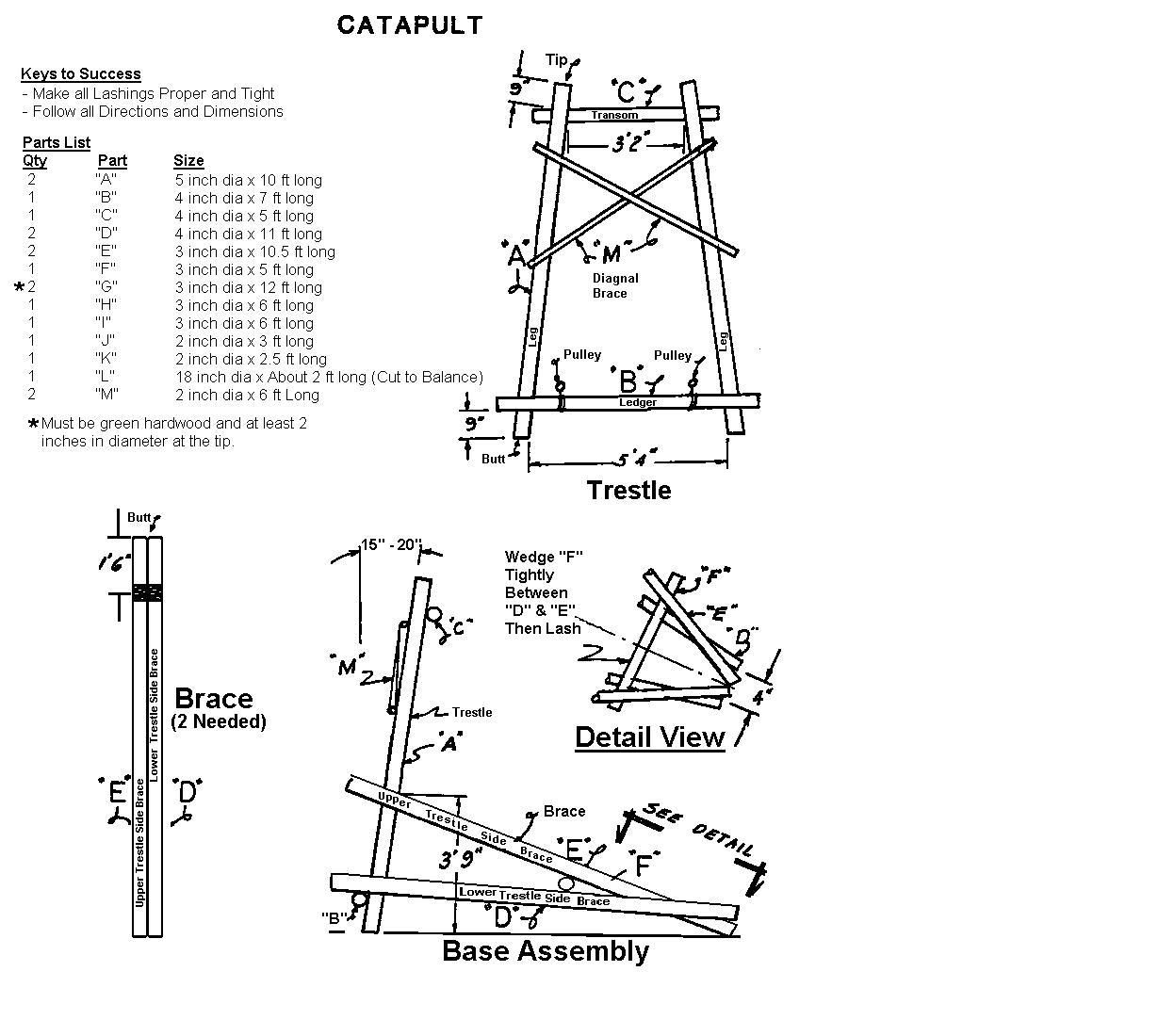 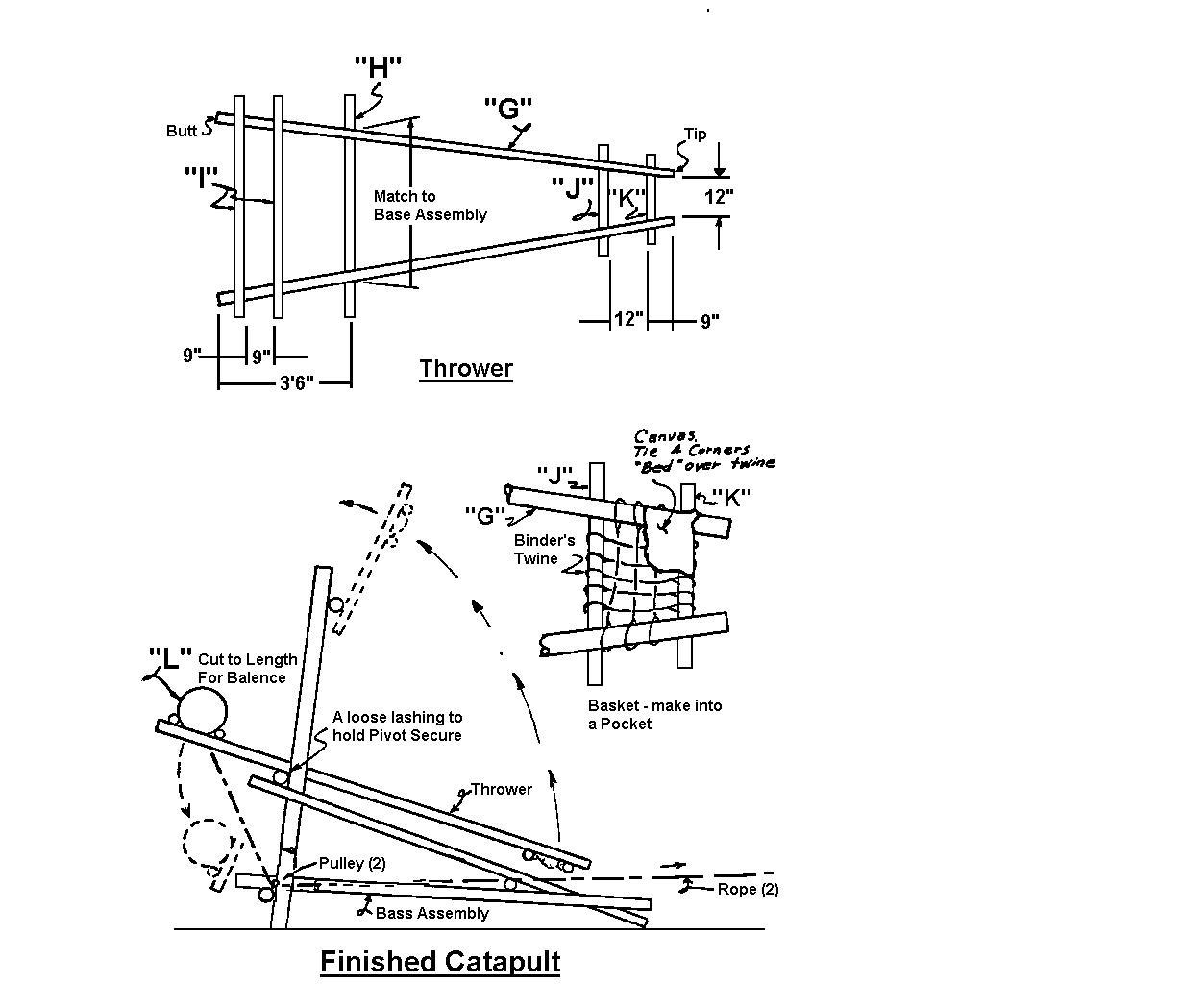